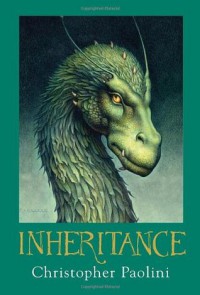 I have to be honest-I mainly skimmed this book.

The grammar was terrible, he used words that should not used in sentences like that, nouns were all over the place: it was just terrible.

The story was pretty much a waste of time, too. Nothing seemed to happen. There were a few twists, most of them predictable, and NOBODY DIED. It was supposed to be a war, a fight, a really hard struggle. NOBODY DIED. What? I know it's hard to kill off characters, but people die. They die all the time.

I only read it, because, as a fan of the first book, I had to know how it ended. If I had hindsight-isn't everything better with hindsight?-I would not have read it. I would have been content to know that I didn't know. The whole series seemed to have gotten progressively worse after the first book. I really have nothing else to say. A big disappointment, could have been done better.