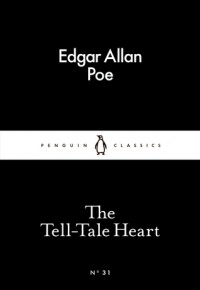 Edgar Allen Poe was an American 19th Century poet and writer, best known for his macabre and haunting short stories and poetry, his most famous being The Raven. This Little Black Classic contains three of his short stories, including the well-known The Fall of the House of Usher.

As a well-rounded reader I have obviously heard of Edgar Allen Poe-in fact he is one of the few writers most people have heard of, even those who do not read-but I had never read anything by him. His genre and medium do not interest me but I am always intrigued by classics.

I was quite disappointed, however. The first tale was utterly boring (so much so I cannot remember it's name), though I can see how it could have been mysterious and frightening to the Victorian reader. The Fall of the House of Usher was a much better attempt, but even then it was not frightening nor particularly macabre. And the latter followed the suite of the first.

He does have a good sense of mystery and his writing style is quite well, so I'm sure I will try something more of his.
Tweet